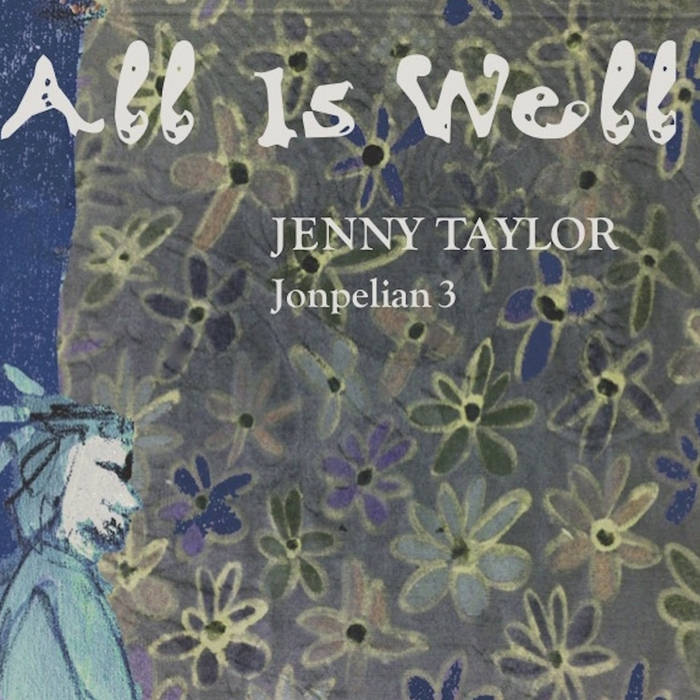 This the debt album of Jenny Taylor Jonpelian. It is the beginning of releasing back catalogue of songs that have been written, performed but not recorded. The songs on this first album are mostly the gentle soft ones. You know when you start speaking out? sometimes it's with a soft voice?

The Makers:
All songs written by Jenny Taylor
- except Nullarbor Song, written by Kasey Chambers

All songs copyright Jenny Taylor 2016
- except Nullarbor Song, under license from AMCOS

All songs recorded and mixed by Simon Grounds, except:

- All Is Well
Recorded and Mixed by
Greg J Walker at the General Store, South Gippsland

All songs mastered by Simon Grounds

When Jenny Taylor Jonpelian sings it’s like a burst of heaven. She began writing songs 20 years ago and after a sold out single release show in July 2016, she is proud to present her debut album "All Is Well". ... more

Track Name: All Is Well
The moon is full,
hanging low in the sky
gently arching, Over the soft, city tonight
the stars are clear, shining,
weaving their pathway of wonder through the sky

I lie awake drawn by the moon.
To dream, of hopes, for stars,
sparkling a light,
for my heart to know it’s way

Memories wash in all driftwood and bones
Tangled and Clattering
like crows calling through the night
Falling, you’re falling down now
May you fall to the arms of love's embrace

All the voices of the night step into the light, Sing
May all your fears and restlessness be calmed
May you hold yourself in high regard
May your light shine, through any hard time
May your continue to sing
Track Name: Loving Girl
Loving Girl

I never meant to have so many boyfriend's
I wasn't looking to notch my guitar.
It's just they act so sweet in the beginning and then.
well you know how these things are.

Verse 3
Some people, they talk and analyze it
They take it all, so seriously
They see therapists and discuss codependence
Oh boy their chins'd wag if they knew about me

Verse 4
My mother sees it says I'm a loving girl (Loving girl)
We used to think she lived in denial
(A peaceful river running down to the sea)
I think she sees it all for what it is
How would being so intense change things?
She just smiles

Bandcamp Daily  your guide to the world of Bandcamp

Guests include Kassa Overall and Muriel Grossman, plus an LP of the week by Van Hunt.